Minimally Invasive Facial Rejuvenation: Cosmetic Acupuncture stimulates blood flow to the body and face thereby delivering oxygen and nutrients that are vital for the production of collagen. The tiny lesions created by the acupuncture needle initiates a natural healing response that results in the production of this natural “filler” which can eliminate fine lines and soften deeper wrinkles.

Untouched photos of Matthew’s patient before and after cosmetic acupuncture.


At RESTORE, our practitioners make up your Integrated Health Care Team.

The ability to change is not only about willpower. If willing a healthy body were all it took, you wouldn’t be visiting us. It’s proven that willpower alone does not work. It also takes social support, structural support, “how to do this” knowledge and personal action.

RESTORE offers the social support and the structure of a five-part Lifestyle Change Program that guides you step-by-step through all the critical steps needed to adopt lasting lifestyle change.

We work closely alongside you to demonstrate and teach you exactly what to do and how to do it.  Finally, full support, guidance, counseling, education, and constant encouragement are available all along the way.

Let’s get you into action.

Your Integrative Consultation is a comprehensive and holistic 2-hour medical evaluation that reviews your overall health condition along with examining the possible underlying factors affecting your health.

Rather than just treating symptoms, Dr. Aman will perform a thorough history and physical exam. As a Fellow of Integrative Medicine trained in the use of herbal medications, supplements, clinical nutrition, and mind-body medicine, she will also talk with you in-depth about all influences on your health.

Cardiorespiratory fitness (CRF), or what we commonly refer to as your “fitness level”, is well known to be a strong and independent predictor of mortality. That means that even if you had no other health conditions but have poor aerobic fitness, then your chance of dying from any cause is higher than someone who is more aerobically fit. 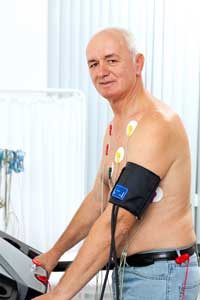 disease risk factors such as hypertension, diabetes, smoking, or obesity. CRF is usually expressed in metabolic equivalents (METs) or maximal oxygen uptake (VO2 max) measured by exercise tests such as a treadmill or cycle ergometer.

Body composition is a measurement of how much fat mass you have versus lean muscle mass. Even if you appear to be healthy on the outside and weigh in at a seemingly normal weight on the scale, you may still have an unhealthy or altered body composition which puts you at risk for serious health problems such as obesity, high blood pressure, type 2 diabetes, heart disease, fatigue, cancer, and more.

At RESTORE, we offer a comprehensive fitness evaluation that includes cardiorespiratory and functional exercise tests.

Strength and movement play a role in all of our lives, no matter our state of health. When we think of exercise, we think of setting time aside to perform it. At RESTORE, we want to teach you how to think about movement as part of your regular day.

health conditions that limit their ability to exercise.

She will develop a customized exercise plan based on the results of your medical history, physical limitations, and results of your comprehensive fitness evaluation. She will also teach you your recommended exercises and monitor your use of the exercise equipment to ensure good understanding of safe and appropriate activity levels for exercises performed in the clinic, your home, and/or the gym. You will work together to determine short and long-term goals, whether it be preparing for a half marathon or improving your golf game. The idea is to get you moving and enjoying the things you already love to do.

When one thinks about nutrition, one should think about nourishment. Dietary changes can have effects as dramatic as taking medications and yet despite this fact, we don’t provide adequate nutritional counseling in medical treatment plans.

At RESTORE, Nutrition Counseling is an integral part of the services we provide. 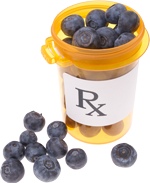 Our nutritionist will work to identify interconnections between food, movement, rest, and stress in your life. The goal is to determine the healthiest and most effective program for you according to the latest nutritional research and your unique biochemical make-up. This means we do not advocate diets that eliminate entire food groups or suggest the same recommendation for all people experiencing a particular health concern.

An integral part of holistic care must take into account the mind-body connection by evaluating how relationships, community, stress, anxiety, spirituality, and your environment affect your health.  At RESTORE, our Licensed Professional Counselor is specialized in addressing all of these influences on your health using evidence-based therapies such as Cognitive Behavioral Therapy (CBT), Mindfulness, Solution Oriented Therapy, Relaxation-Training, Hypnosis, Meditation, and Guided Imagery.

Approaches to help you:

Acupuncture is an ancient Chinese treatment that stimulates the body to naturally heal and improve function. Trained in traditional Chinese medicine, our licensed acupuncturist works to restore and regulate vital energy flow to pathways in the body, improving function and reducing pain.

In an official report, the World Health Organization (WHO) has listed several symptoms, diseases, and conditions that have been shown through controlled trials to be treated effectively by acupuncture.

Acupuncture is a common choice for patients recovering from accidents or injuries. Dozens of medical centers are adding acupuncture into programs to enhance surgical recovery, physical therapy and stroke rehabilitation outcomes.

The Acupuncture and Oriental Medicine Program consists of:

Ambulatory monitoring better measures blood pressure and therefore better predicts the risk of heart disease or stroke than office measurement alone, according to the American Heart Association (AHA).  It’s also useful for diagnosing “white-coat hypertension,” high blood pressure appearing only at the doctor’s office when medical professionals are present which can lead to the over treatment of high blood pressure.

People with white coat hypertension are at increased risk for developing sustained hypertension.  There is also “masked hypertension,” which occurs when someone’s blood pressure is normal at a medical office but elevated at work or home.

A normal blood pressure is defined as less than 120/80. Just recently, on November 13, 2017, new guidelines were passed by the American College of Cardiology and American Heart Association which lowered the definition of high blood pressure to anything above 130/80.

This is a significant update and one that means millions more American’s will be classified as having high blood pressure (almost half of the U.S. population!). This change was instituted because studies show that complications can occur at lower blood pressure numbers and to allow for earlier intervention. A person with a blood pressure above 130/80 has already doubled their risk of cardiovascular complications compared to those with a normal blood pressure.

Blood pressure categories in the new guideline are:

Therapeutic massage is more than just a way to relieve stress.  It is a valuable tool to promote health and wellness. In response to massage, specific physiological and chemical changes cascade throughout the body, with profound effects.  Consider massage appointments a necessary piece of your health and wellness plan, and work with your practitioner to establish a regular treatment schedule for best results.

Studies have found massage may be helpful for:

The medical community is actively embracing bodywork.  Many hospitals are incorporating on-site massage practitioners to treat post-surgery or pain patients as part of the recovery process.  Studies have demonstrated that massage can offer health benefits for people with cancer.  There is no evidence that massage can cause an existing cancer to spread. Lymphedema massage is also beneficial for reducing swelling when done before and after surgery of any kind.

Your massage therapist is highly skilled at combining several modalities of bodywork to best address your symptoms and meet your needs.  She will also collaborate with other RESTORE practitioners, such as our exercise physiologist, to work on areas identified during your strength and movement sessions for a truly integrated approach to healing.

Prevention and treatment of osteoporosis should be at the forefront of medical care.

According to the National Osteoporosis Foundation, about one in two women and up to one in four men over the age of 50 will break a bone due to osteoporosis. The disease causes an estimated two million broken bones every year.  Vertebral fractures are the most common osteoporotic fractures and are a “gateway” to other more serious fractures, like the hip.

Current recommendations are to begin duel-energy x-ray absorptiometry (DEXA) screening for osteoporosis at age 65 in women and age 70 in men with no risk factors.  New guidelines add that postmenopausal women of any age should be checked if they have individual risk factors that give them 9% to 10% risk of breaking a bone in the next decade, which is roughly the same risk as a 65-year-old white woman with no additional risk factors.

Science now tells us that even if you appear to be healthy on the outside and weigh in at a seemingly normal weight on the scale, you may still have an unhealthy or altered body composition. That explains why some people who are “thin” develop diabetes or have a heart attack. An unhealthy body composition puts you at risk for serious health problems such as obesity, high blood pressure, type 2 diabetes, heart disease, cancer, and more.

Body composition analysis tells us how much lean muscle you have versus fat. The most important component of total body fat is visceral fat which is metabolically active and surrounds our internal organs. Visceral fat releases chemicals into your blood stream that promote inflammation and increases your risk of developing many diseases.

The gold standard test (best test) is the dual energy X-ray absorptiometry or DEXA scan. This is the same machine that evaluates your bone density to screen for osteoporosis. The DEXA is better than a scale, calipers, or other methods that have been used to measure body composition. The scan takes just 7 minutes and has less radiation exposure than the exposure you get in your average day.

Few centers have access to this technology but at RESTORE, we are committed to offering the highest level of risk assessment and have our own DEXA scanner. Every scan is accompanied by a 15 minute consult with Dr. Aman to review your results.

Studies show that near infrared light (IR) therapy can improve wound healing, relieve arthritic knee pain, improve circulation, increase endorphin levels, and activate neuromodulators (chemical signals released from brain cells). The emitted light has a wavelength of 800 nm to 1200 nm, considered to be a form of energy that is not harmful to tissues and even protects from the effects of ultraviolet light because of IR’s antioxidant effect.

Additionally near infrared light therapy has been shown to relieve